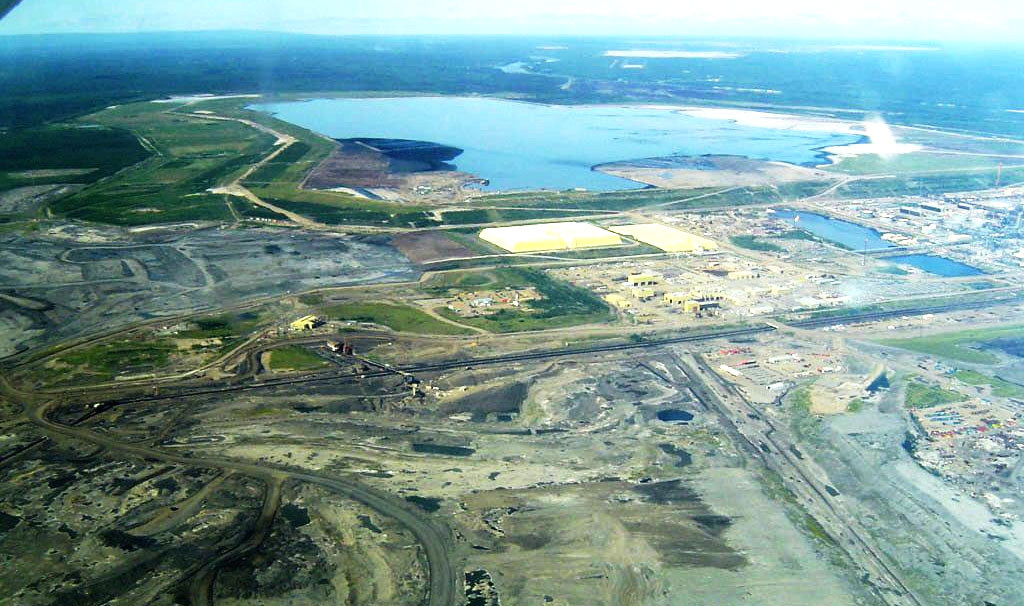 In northern Alberta, the heart of the Canadian oil patch, lie some of the largest waste dumps of the global energy business.

In the shadow of the pipes and smokestacks that turn oil sands into flowing crude, earthen dams as long as 11 miles encircle lakes of toxic sludge, the by-product of decades of extraction.

These waste pools – known as tailings ponds – represent perhaps the most serious environmental challenge facing the oil-sands industry. Now, the battle over how quickly to clean them up, and who will pay, is escalating anew.

To environmentalist opposition, the provincial energy regulator granted two industry giants – Suncor Energy and Canadian Natural Resources – approval for plans that could push a full cleanup decades into the future. Critics say the industry could end up sticking taxpayers with the bill, estimated at C$27 billion.

At issue is how and when the ponds must be returned to a natural state. The industry is seeking more time to find cheaper ways to do the job. Environmentalists argue the problem has festered for half a century – and the waste keeps piling up.

“Rather than waiting for that silver bullet and continuing to test things out in the lab, we think that the technologies that exist today should be implemented in full force,” Jodi McNeill, a policy analyst at the Calgary-based Pembina Institute, told Bloomberg.

Oil-sands companies dispute the notion they’re dragging their feet. Suncor, with the help of improved technologies, says it can now treat three times the tailings it produces in a year, helping shrink the backlog that’s built up over decades.

Canadian Natural Resources works to minimize environmental impacts and plans its land use with the end of the mines’ life in mind, a spokeswoman told Bloomberg, adding the company has already reclaimed 378 hectares (934 acres) and planted more than 630,000 trees at its Horizon mine site since 2009.

For decades, tailings have been pumped into ponds so the solids could settle. But settling has taken longer than expected. Result: Alberta’s tailings ponds cover about 97 square miles and hold 340 billion gallons of waste.

Provincial regulators estimate that cleaning up oil-sands facilities represents a C$27 billion liability, of which the companies have posted only about C$1 billion in security. Environmental groups say the cost could be much higher. The province also holds oil-sands assets against the liability.

So far, the industry has spent about C$12 billion on treating tailings and C$50 million on research, according to Canada’s Oil Sands Innovation Alliance.

Meanwhile, Vancouver-based MGX Minerals and PurLucid Treatment Solutions have teamed up to create a technology that filters tailings to produce lithium that could be sold for use in batteries. The Canadian government has provided C$8 million to scale up a pilot.

Time is short, according to Pembina’s McNeill, who characterized the tailings ponds as nothing less than an environmental emergency. “After 50 years, we’re still seeing the can kicked down the road.”